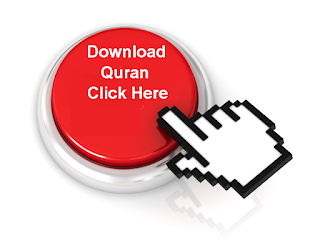 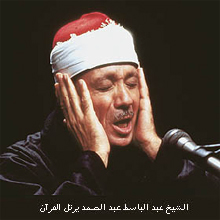 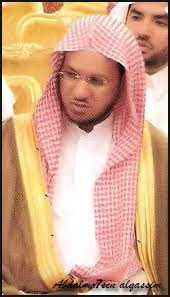 He is a skilful Qari, a strong dedicated Judge, a eloquent Khateeb, a well versed Jurist, a man distinguished for his excellent characters and humbleness, keen on learning sciences, preaching them, helping mankind

He is His Eminence Sheikh and Doctor Abdul Muhsin bin Muhammad bin Abur Rahman Al-Qasim, he comes from a famous tribe of Najd from Qahtaan

He was born in Makkah in the year 1388 Hijrah. He grew up in a house of deen and knowledgefor his grandfather and father were from the grouping of the Fatwas of Sheikh Al-Islaam ibn Taymiyya and the Fatwas of the imams of Najd.. Sheikh Qasim began as a student of knowledge at a very young age; he memorized the Qur’an at a young age. Amongst the prominent people of knowledge with whom he studied from were:
Sheikh Abdullah bin Humaid Rahimahullah
'Abdul-'Aziz bin 'Abd-Allah bin Baz Rahimahullah
Sheikh Salih bin Ali An-Nasir Rahimahullah
Sheikh Al-Muhaddith Abdullah As-Sa’d
And other scholars

It is also said that Sheikh was given ijaaza in some of the Qurraat from the 10 Qurrat and from amongst whom he read to are:
Sheikh Ahmad Az-Zayyat Rahimahullah
Sheikh Ali Hudhaify
Sheikh Ibrahim al-Akhdhar
Sheikh Muhammad Al-Tarhoony

He graduated from the College of Sharia in Riyaadh in the year 1410. He continued higher education for judges and obtained his masters in the year 1413. He was appointed as (inherent judicial) in Riyaadh then appointed as judge in the Tabook in the Judiciary of Innovatoin. He was then appointed as Imam of Masjid An-Nabawi in the year 1418 he was moved (as judge) to the city of the Prophet sallallahu alayhi wasallam. The Sheikh has written several books; amongst them are Khutub Al-Munbariyya (khutbahs), Facilitating Attainment in the Explanation of the Three Usool, Book on Hanafi Fiqh, Formulated Annotation of the Masterpiece of (Scholars) in the Hanafi Fiqh and others.

Sheikh has dars in Masjid An-Nabawi shareef (sallallahu alayhi wasallam) after salaat Al-Ishaa in eastern expansion of the Masjid. This is a rough translation.